Why is Your 8-Year-Old Stressed Out About Soccer? 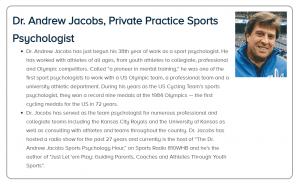 Dr. Andrew Jacobs knows a thing or two about athlete’s brains and emotions. He’s been a sports psychologist for amateur and professional athletes for decades and recently made a comment on our Coaches and Coffee panel that really stuck with me.

He’s noticed over the years that the age of players coming to see him with performance anxiety has gotten younger and younger. He asked us, “why is it that eight-year old’s are stressed out about playing soccer”?

Outcome vs Journey
I’m sure every situation is different and it’s a combination of factors having to do with clubs, coaches, teammates, and parents but I think an underlying reason why kids are getting stressed in youth sports is that too often parents expect a specific outcome from our kids practices and games — rather than treating the whole thing like a soccer journey.

Think about why we get stressed out as adults at work. It’s usually when there are deadlines or deliverables that we’re expected to produce. When we expect our kids to “produce” at every practice and game that’s when we get stressed (and as a result they do as well). Not to say that the players shouldn’t have goals but there’s a big difference between a player having goals for their season and expecting to score a goal in every game. 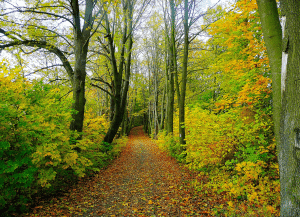 A set of season goals sets it up to be a journey — whereas expecting something specific out of every single practice/game makes it stressful.

Journeys are fun. You get lost. You make mistakes. But you learn, and you come away with stories and memories you’ll never forget…. And if you have a map and a good guide you eventually get where you were going.

You’ve probably experienced that yourself at that work. Where nothing seems to go right – we’ve all had some of those days. Of course, it doesn’t mean that you’re a bad employee, even if you might feel like one at the time. 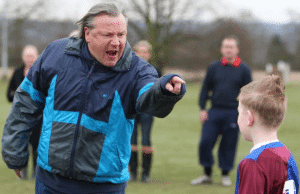 After one of those bad days what do you want to do? Go home and forget it about, right? If you mess up at work do you want your spouse to yell at you about it when you get home? The last thing you probably want is your spouse nagging you about your bad performance on the drive home.

So probably when your kid has a bad game they don’t really want you nagging them and scolding them on the way home. If you look at it like a journey, then that bad night is a lesson learned rather than an utter disappointment.

The Day After
If you’re trying to get promoted and you have a bad day at work does that mean you’ll never get the promotion? Probably not. Probably just means you have some lessons to learn, maybe you’re not quite ready for it yet.

How would you like your boss to handle it? Maybe sit down with you the next day and go over what went wrong and how to fix it? You might know the story of the salesman who blew a million-dollar deal. After the client was gone he told his boss he figured he was fired. The boss’s answer – “I just spent a million dollars training you, I’m not going to fire you now”. 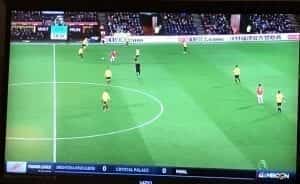 A long-term view allows for off days and mistakes. It assumes that if the person is willing and able that they’ll learn and improve over time. Of course, if no learning is happening at work you’ll eventually get fired. And if no learning is happening on the soccer field over time it could mean that they’re not really into the sport. Or maybe they need a different teacher. Or maybe they need different motivation.

What probably won’t motivate them is a lecture from a frustrated parent. What could? Maybe sitting down to watch an MLS or Premier league game together that night or the next day? With all the action in a professional game it’d be easy to bring up whatever the issue was during your kid’s game/practice but in the context of the game you’re watching.

Expecting Immediate Results
One of our biggest failures as soccer parents is trying to force a result in a situation where it’s not going to turn out the way you want it.

Maybe your son just isn’t feeling up to it at practice. Maybe your daughter isn’t as technically advanced as the kids she’s playing against.

Maybe your kid just doesn’t want to do an extra training session that night. Maybe you’re playing a team that’s just far superior than yours. You might find yourself in any one of those situations, it’s inevitable. What’s important is how we respond to it.

Where we get into trouble is when we expect a result every single time. Maybe you’re paying a lot of money for these coaching lessons and the kids just isn’t into it that day. Maybe we’ve spent a lot of time and money coming to a travel tournament and your team is just outmatched. Maybe you really want your kid to play on the top team but they’re just not ready for it yet.

Whatever the situation, when you expect the results right then and there (and don’t approach it like a soccer journey) it’s bound to create stress for you and stress for them. Our high expectations of short term results are often the reason that 8-year old’s get stressed out about playing soccer.

So, what can we do if we know our player enjoys soccer and has the potential to spend many years learning and growing in the game? How can we help them develop without stressing them (and us) out? Stay tuned for tips and tricks from other soccer parents who have learned a thing or two from hundreds of hours on the sideline in youth soccer.