When I was a kid playing high school soccer at a Department of Defense school in Wurzburg Germany I had some lucky soccer cleats.  My coach was a short soft-spoken man who was passionate about the game of soccer. He didn’t usually get outwardly upset but my lucky boots really hit a nerve with him at the end of a practice right before one of our big games. 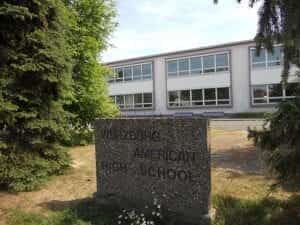 My lucky cleats had been around for a while and had a hole in the side that I didn’t mind because they had been kissed by Lady Luck. However, at the end of practice my coach was walking by as we took off our gear and when he saw the state of my right cleat I met a side of him that I didn’t know existed.

I remember the veins in his neck and forehead bulging as he lit into me about our big upcoming game and how I was letting the team down by playing in those shoes. They were an accident waiting to happen. An invitation for a giveaway in the penalty box that would lead to a goal. We were all working so hard to make it to the championships and I was going to blow it for everyone because I couldn’t go to the trouble to replace my sh*tty shoes.

Of course as a kid I hadn’t really thought of it from that angle. That was the first and last time my coach had ever laid into me like that and you’d better believe at the next practice I had a new pair of cleats.

I’d forgotten all about Coach DellaBetta until my son’s shoes ripped in the toe and our assistant coaches were giving him a hard time about getting a new pair ASAP. A creature of habit, he didn’t want to hear about getting new cleats.  Finally I got him to take off his lucky boots for a tournament and they lost in the final and he was sure if he’d been wearing his lucky cleats they could have won.

So I made this video below to solve the trouble of the holy cleats. I gave them a good burial and showed my son after they were safe and sound under a 5 foot Emerald Arborvitae tree. Now all we need is a good inscription for his buried cleats.  Here lies….