Today's featured World Cup matchup is England vs Panama. Panama got off to a 3-0 loss to Belgium in their first ever 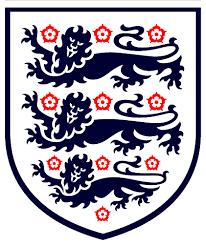 Today’s featured World Cup matchup is England vs Panama. Panama got off to a 3-0 loss to Belgium in their first ever World Cup game. They’re facing a tough group with their first two matches against European powerhouse teams of Belgium and England. Panama is still looking for their first World Cup goal and I can imagine the celebration will be epic once it finally comes.

The Three Lions is the nickname given to the English national team by their fans because of the 3 lions on their crest. If you’re a fan of the English Premier League then you’ll be familiar with everyone on the roster of the England team since they all play in the EPL. With scoring power from the likes of these players there’s no reason that England shouldn’t be able to put a few balls in the back of the net:

In honor of the talent packed English national team today’s Dribble Up playlist is called Three Lions and features the following drills:

The World Cup Dribble Up footskills contest for today is supported by iSport360. Ian Goldberg, founder of iSport360, created the site to let coaches provide feedback to youth players and parents. It defines age appropriate standards that a player should be able to acheive during their season.

iSport360 looks at technical, tactical, physical, and life skills that a player at a certain age should be working on. It lets their coach rate the players development relative to the standard. The idea is that a player’s coach can evaluate a player once or twice a season and share where the player stands with kid and the family.

One big benefit to the system is it helps a player to understand what areas they need to work on and gives them a chance to improve. Some players might choose not to put in extra work but players who want to get better know what areas need improvement.

You don’t have to be a coach to sign a player up for iSport360. You can register your player for the player evaluation system today.