For all the power England had on their squad they couldn't keep Croatia down. We should've known after Croatia outlasted their last 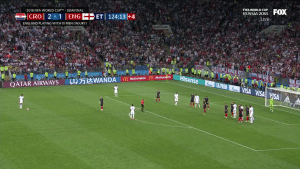 For all the power England had on their squad they couldn’t keep Croatia down. We should’ve known after Croatia outlasted their last 2 opponents into overtime and through penalty kicks that they were a tough enough team to make it into the World Cup finals.

It looked for a while like it was going to be a third PK shoot out for Croatia as the game went into overtime tied 1-1.  Both teams had chances to score but finally in the 108th minute Mandzukic put it the game winner that put Croatia up 2-1 over England and put them into the World Cup final for the first time in the history of the country.

Many were calling this the “Second Golden Generation” of Croatian football with players like Mandzukic, Rakitic, and Modric taking the field. The feeling was that if Croatia was going to shine on the international stage of soccer that this was their year.  The team hasn’t let the fans down, only 1 more game to go. Those football fans wanting to see a England/France final were disappointed but many people were happy to see a new contender vying for the World Cup trophy.

Today’s Dribble Up playlist is called England vs Croatia and includes: 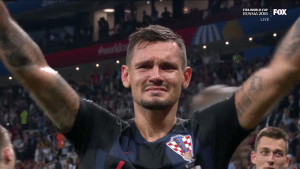 Today’s Dribble Up World Cup contest is supported by FuboTV. I hadn’t tried FuboTV until recently because I hadn’t needed it to watch the games up to this point in the World Cup. However, our kids went out of town for a few days and the place they were staying had zero television. I felt badly because they really wanted to watch the semi-final games so I signed up for a Fubo TV free trial.

I got the Fubo TV app installed and tested out for them and also on my phone in time for the England vs Croatia match. I actually ended up watching the game from my phone as well because I was away from the house during the match. I was pleasantly surprised with the quality of the picture, it seemed in higher definition than some of the games that we watched on cable. 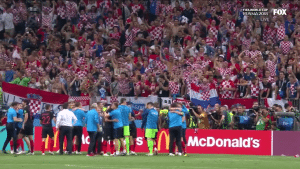 I was also happy with the consistency of the streaming. It didn’t lag or freeze up during the games and was really responsive when I’d pause, play, or rewind the game. As a coach, sometimes when I see a “coachable moment” during a professional game I’ll back it up and video the TV screen for 5-10 seconds with my phone.  Having the FuboTV app on my phone was great because I could do a screen grab of a specific moment in a game from my phone or even capture video for 5-10 seconds to capture a good coaching point.

We spent the first 2 weeks of the World Cup away on vacation and at summer camp so unfortunately we missed a lot of games. In hindsight if I’d had the FuboTV app on my phone we would’ve seen a lot more World Cup soccer this summer. When you sign up you enter your zip code where you’ll be watching from, I suppose the options you have available depend on where you’re located. So your experience might be different based on where you are but they have a Fubo TV free trial for 7 days so you can try it out and see what it’s like in your area.